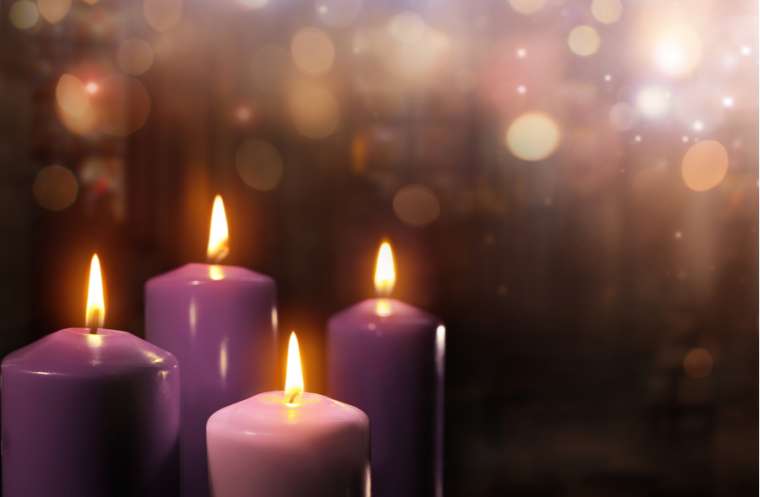 "Advent" is a word that means coming. In Christianity, Advent refers to the first season of the Christian year and to the coming of God into the world. Advent precedes Christmas, and is a time of preparation that anticipates the celebration of Jesus' birth. Though we are familiar with the Christmas story, that familiarity does nothing to clarify the mystery of God that is revealed by the birth of Jesus and our subsequent celebration of this event. The simple probing question asked by most children most of the time confronts us with the full force of the mystery of God's actions: "Why? Why should God come into the world? Why would God come into the world in the middle of human history? Why did God become human?" The question of "Why?" is asked in every generation by the faithful, and there are thoughtful answers to the questions throughout Christian history. However, to approach the question of "Why would God become human," as an intellectual exercise misses the point of what God in Jesus is doing in the world. Traditionally, the Church does not approach the "why" of Jesus' existence among us as a concept to be comprehended, but as a reality to be entered into through our common worship, anticipation, and celebration during the seasons of Advent and Christmas.

God became human, and that surely says as much about humanity as it does about God. Too often, we think about the incarnation of Jesus and the salvation wrought by his life, death, and resurrection as God's "Plan B," after God's "Plan A," namely the creation before sin and the fall, got mucked up by human actions. In contrast, much of early Christianity taught that God's one plan for the cosmos was for human beings to be united with God in eternal friendship, and the person of Jesus who is both fully human and fully God brings this union to fruition both in his own person and for all of humanity. St. Maximus the Confessor distilled this traditional way of contemplating the question of, "why God became human," and explained that God's plan all along was to divide the ages "between those intended for God to become human, and those intended for humanity to become divine."[1] God became human in Jesus Christ to bring humanity into the fullness of being that God always intended; Jesus was not God's "Plan B."

Therefore, this Advent, while it is right for us to penitentially remember the brokenness in this world that Jesus came to heal, we can, also, with great joy meditate on God's wise plan to enter into solidarity with humanity in the person of Jesus Christ. So too, we are trained to live into the age that God appointed for humanity to grow in divine union and friendship as followers of Jesus.  In Advent, we do not merely commemorate and remember a time before Jesus to better celebrate Jesus' birth, but we recognize that we live in an age in which God is preparing us to live more fully into the joy and glory of an eternal relationship with God. A holy Advent is one in which we are reminded by God's Holy Spirit that if we intend to meet Jesus at the altars of our churches, we must also encounter Jesus in the faces of the poor, the mournful, the meek, the hungry, the pure in heart, the peacemakers, and those who are persecuted, because it was as the least of these that Jesus met us.